112 Carlota Galgos at Market for our Galgos & mix breeds. 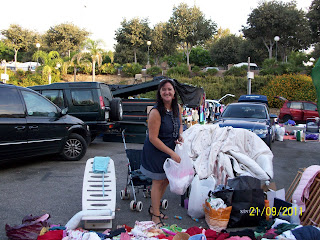 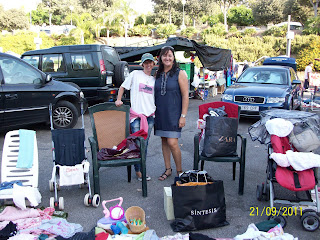 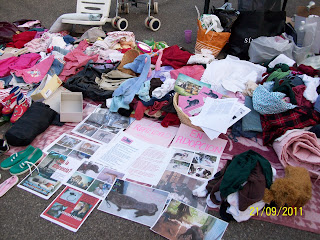 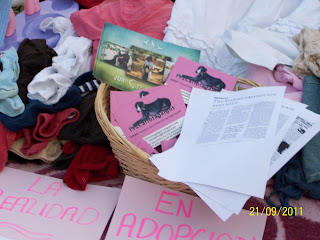 My thanks to Maite who dedicated her entire morning to helping me at the market raise some funds for 112 Carlota Galgos.
It was a fun morning, we got up at 5am and started the day super early. While it felt like Malaga Slept we joined all those who were early starters to get a good slot for our pitch.
Maite adores Henrietta, however sadly cannot adopt her since Henrietta needs a garden and some outside space to play in but she is at the very heart of Maite.
Thankyou to all who purchased from us.
Thankyou Maite so very very much!
MIS AGRADECIMIENTOS SON PARA MAITE, UN AMANTE DE HENRIETTA QUIEN HEMOS RESCATADO HACE TIEMPO, MAITE NO PUEDE ADOPTAR A HENRI PORQUE ES UNA PERRITA QUIEN NECESITA UN JARDIN. LA AYUDA QUE MAITE ME HA OFRECIDO EL DIA DEL MERCADILLO HA SIDO GENIAL. SE DEDICO SU MAÑANA ENTERO PARA CONSEGUIR DINERO PARA NUESTROS PERROS.
HEMOS EMPEZADO EL DIA SUPER TEMPRANO, A LAS 5AM LEVANTADOS. ALLI EN EL APRACAMIENTO PARA QUE NOS TOCA UN BUEN SITIO. HA SIDO UNA MAÑANA GENIAL Y PARA REPETIR.
GRACIAS A TOD@S QUIEN HA COMPRADO, Y GRACIAS MAITE POR TU AYUDA.
Publicado por 112CarlotaGalgos en 15:13