PETICION IN PROTECTION OF THE SPANISH GALGO! 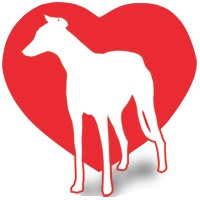 PLEASE take few minutes and sign this petition to put pressure on the Spanish government and forward widely to go to get the long way as soon as possible to the 5000 target - hopefully many more.

PETITION DETAILS
Stop cruelty to Spanish greyhounds (galgos)
Target:
Don Jose Luis Rodriguez Zapatero, President of the Spanish Government & the Council of Europe
Sponsored by:
Greyhounds in Need
You will find below the text of a Petition, initiated by Greyhounds in Need (GIN), addressed to the Spanish Government. It is especially important to bring this terrible cruelty to the fore at this time when Spain holds the Presidency of the Council of Europe.

The Treaties that form the European Community do not currently cover animal welfare so European-wide legislation is not possible and only the Spanish government can legislate to end the barbaric treatment of greyhounds in Spain.

Please add your signature to this Petition, before 30th April, 2010, so that we can show how widespread is European public concern.

Email: info@greyhoundsinneed.co.uk
Website: http://www.greyhoundsinneed.co.uk/
To:
Don Jose Luis Rodriguez Zapatero, Presidente del Gobierno de Espana
We, the undersigned, address this petition to the Spanish Government during Spain%u2019s Presidency of the Council of Europe. This petition is sponsored by Greyhounds in Need, an English registered charity devoted to the rescue, treatment and rehoming of Galgos Espa%uFFFDol , the native greyhounds used in Spain for hunting.

It is very well known in Spain and abroad that these dogs are routinely abandoned or killed by their owners at the end of their first hunting season. Such killing is sometimes carried out by extremely inhumane methods including hanging and is often accompanied by mutilation including branding and other forms of physical injury. Many galgos are simply abandoned, having been neglected, or have obviously been mutilated to disguise their identity. The welfare groups in Spain, which are signatories to this petition, have ample recent evidence that these barbaric practices continue unabated. Concerned people in Spain estimate that over 50,000 galgos are killed or abandoned each year.

As a measure of the size of this problem, we would inform you that Greyhounds in Need alone spends some Euros 130,000 each year on its work in Spain and in rehoming elsewhere, dealing with only a small fraction of the galgos abandoned. To this must be added the considerable sums expended by the many rehoming groups in the UK and other European countries, and the Spanish refuges who help export galgos.

We call on the Government of Spain, during its term of office in the Presidency of the European Union, to enact and enforce humanitarian legislation to protect the galgos of Spain from such barbaric treatment. This would help bring Spain to its rightful position alongside other European nations in according proper standards of protection to its animal population. It would also free foreign charities from the burden of coping with the results of this lack of protection.

This plea is supported by many Spanish citizens and organizations, who fervently wish to see their great nation giving proper respect and humanity to these suffering creatures.
Publicado por 112CarlotaGalgos en 10:28